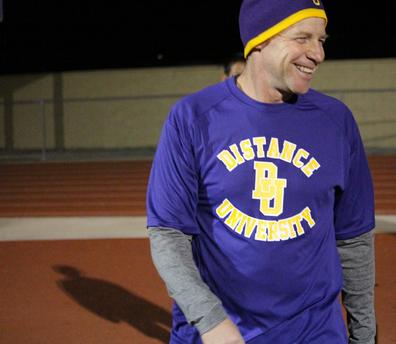 Megan Prescott is very excited to be the shot put and discus coach for 2023. She learned a lot last season, and has put together a training program that she believes will lead to success for the DU throwers this year.

She has been married to her husband Dennis for 23 years. They have 8 children, 7 of whom are currently part of DU. She has a passion for children, especially those who need additional assistance, guidance, and support. In her line of work, she advocates for those who have developmental disabilities, which allows her to be very patient with our athletes. She considers the DU athletes to be an extension of her own family. Track, field, and cross country has been an incredible outlet for her children and has helped them with so many aspects of life. She is motivated and ready to make the DU throwers the best they can be.

Our sprint coach, Rob Wieser, ran cross country and track for 4 years at Ironwood High in Glendale, AZ, before running on scholarship at Glendale Community College for 2 years. He coached cross country for 12 years and joined Distance University in 2022. He was also recently named the jumps coach for Paradise Honors High School. He has worked as a firefighter for the City of Surprise for the past 8 years.

Coach Rob is married, with two daughters, Everlyn and Cadence. He also volunteers as the Worship Director for Grace Point Church. He also loves to write, play, and sing music. Rob is very creative and will work hard to get the best out of the athletes he coaches. 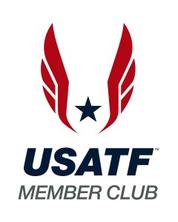 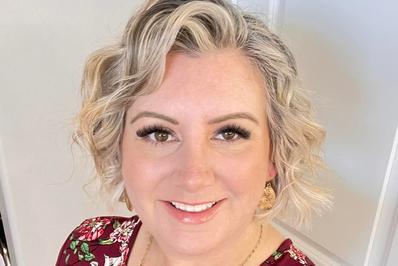 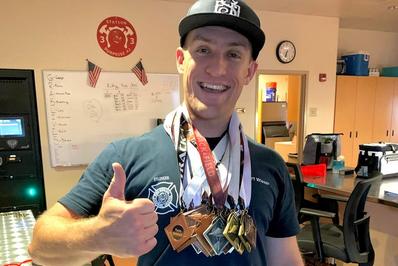 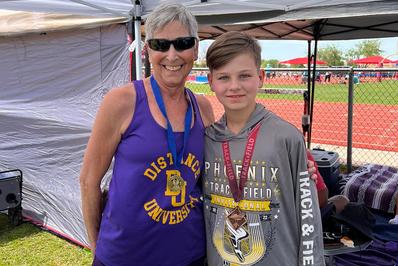 Cyndi Donimari became a part of Distance University in 2017, as a proud grandma, doing whatever she could do to support her girl, Maddie, and the team. Four years ago, when she turned 60, Cyndi became a Masters Division 3000 meter racewalker. She also started walking local 5K races.

In 2022, Cyndi helped coach the two DU racewalkers on the team all the way to the National Championships in Sacramento. One of them became the team’s first ever All-American athlete, finishing 4th in the country.

This season, she will be DU’s lead racewalking coach, as well as working with our younger athletes, who aren’t quite ready to train with the big kids. She’ll be training right next to them, as she prepares for her Masters season. Cyndi also continues to push herself, as she plans on throwing the discus in Masters meets in 2023.

My name is Ron Steinhilber, and I am the head coach for Distance University. I have been involved in track since the 1980's, and I still compete today. In high school I ran the 400, 800, 1600, and 3200, as well as cross country. I chose not to run in college to focus on my studies, but soon after graduating, I hit the pavement again and started running 5K and 10K races.

In 2001, I was bitten by the marathon bug. I ran my first one in San Diego, and I have completed 312 each one in a different state. My goal is to do one in each state and Washington D.C. I’ll be doing my next race in January 2023 in South Carolina.

I am also the Head Cross Country and Track Coach for Paradise Honors High School in Surprise, AZ. My resume includes being the Youth Cross Country Chair for USATF-Arizona. Therefore, I am the race director for all the USATF cross country meets held in Arizona.